Far far away, there is a planet called Munch.  It was a calm and peaceful planet with beautiful forests and lovely rivers and lakes.  Planet Munch had minimal animal species, and the highest order of beings on the planet were the Munches.

Recently, the planet was invaded by evil dog-like creatures that are called Pookas.  These Pookas like to chase the Munchies and catch them and chew on them.  (You must keep your adopted Munchy away from your pet dogs because they like to chew on little Munchies too).  The Pookas took all of the Munchies’ food resources and sent the Munchies’ parents to the mines to dig for more resources.

One remaining Mother Munch gathered up all of the young Munchies and sent them to Earth to save them from the Pookas.  Her hope is that they will be adopted by an Earth child and that they would be fed and taken care of.

No one on Earth knows for sure what the original food source was on the planet Munch, so the Earth children need to feed the Munchies lots of different things in order to teach them what is good, and to find out what the Munchies like to eat most. 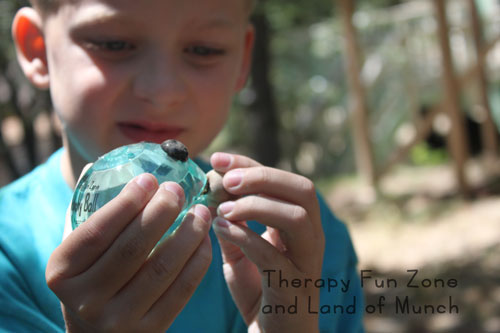